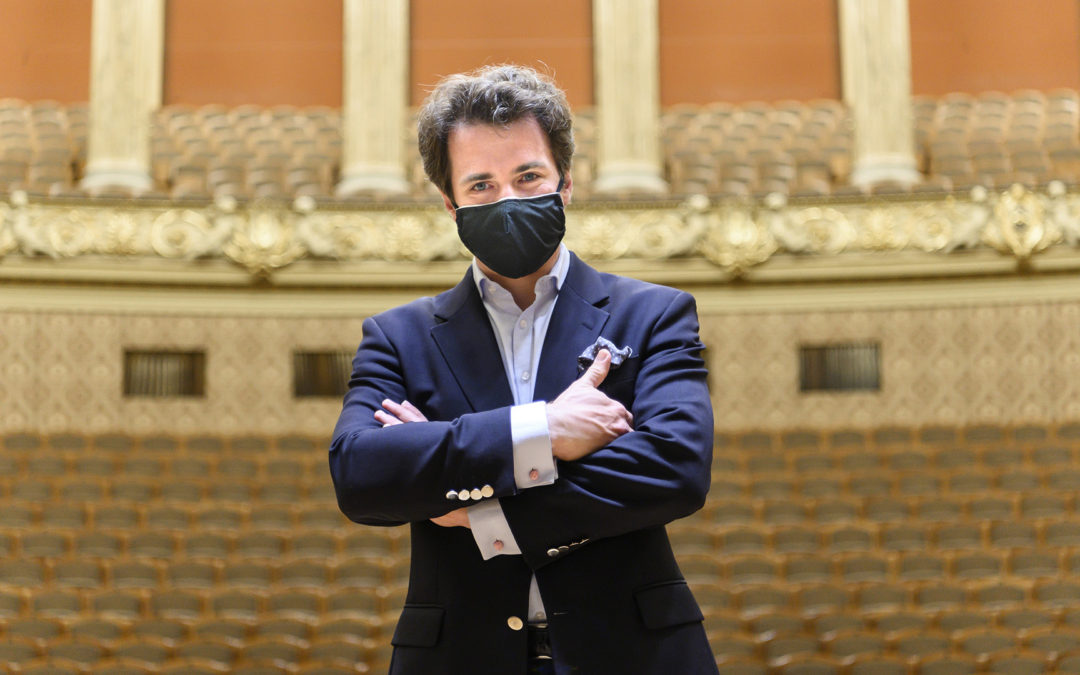 In solidarity with freelance musicians across the Czech Republic, string and horn players from the Czech Philharmonic will join forces with colleagues from the early music group Collegium 1704, Prague Philharmonia (PKF) and soloists Ivo Kahánek (piano), Radek Baborák (horn) and Aleš Bárta (organ), to raise the profile of freelance musicians unable to work during the pandemic and to raise money for elderly people in the Czech Republic.

The performance filmed from the stage of the Rudolfinum in Prague will be available on the Czech Philharmonic’s Facebook page on Saturday, 25 April, from 8pm (GMT+1) via a live stream provided by Czech TV. Led by the Czech Philharmonic’s Principal Guest Conductor Jakub Hrůša, three Concertmasters – Josef Špaček, Jiří Vodička and Jan Mráček – and Collegium 1704’s Artistic Director Václav Luks, the programme features music by Czech composers Dvořák and Janáček alongside works by Bach, Bruckner, Hassler, Mendelssohn, Saint-Saëns and Vivaldi (click here for full details). The programme takes full advantage of recent advances in special protective equipment enabling 11 horn players to take part in the concert and still wear the facemasks that they are required to wear outside of their homes.

Throughout the Czech Philharmonic’s history, two features have remained at its core: its championing of Czech composers and its belief in music’s power to change lives. Václav Talich (Chief Conductor 1919-1941) pioneered concerts for workers, young people and voluntary organisations as early as the 1920’s. The philosophy continues today, and is equally vibrant with initiatives including a comprehensive education strategy engaging with more than 400 schools across the country; continuing work with singer Ida Kelarová to give voices to the extensive Romany communities within the Czech Republic and Slovakia: and an international educational exchange with the Royal Academy of Music in London.

The Czech Philharmonic’s first benefit concert took place on 28 March and was watched on Facebook by over 177000 people across the world. Organised together with Czech Savings Bank (Česká spořitelna) and Czech TV, the concert, which included Czech Philharmonic Principal Harpist Jana Boušková’s special transcription for solo harp of Smetana’s famous Vltava from Má vlast (My Homeland), raised £250,000 (7.5 million crowns) for hospitals in Prague and Brno treating patients suffering from the most severe cases of coronavirus. A third benefit concert is planned for the end of May.

The Czech Philharmonic announced their 125th season digitally at the end of March, with concerts in the Czech Republic and neighbouring European countries poised to commence as soon as conditions allow. Concerts filmed in 4K for Czech Phil Media from the last two years with Chief Conductor and Music Director Semyon Bychkov and Sir Simon Rattle are also now available via EuroArts.