The most recent Supraphon recording of My Country dates back to the halcyon days of 1990. In the first year of freedom, at the euphoric opening concert of the Prague Spring festival the Czech Philharmonic Orchestra was conducted by the 76-year-old Rafael Kubelík, who had just returned from exile. Twenty years on, the festival entrusted this honourable task to the 28-year-old conductor Jakub Hruša, who emulated the legendary Václav Neumann in becoming the youngest conductor in history to open the festival.

Hruša, while respecting the time-honoured interpretational tradition, primarily focused on faithful and well-considered reading of the score. Owing to the legendary vigour, musical fidelity and sheer engagement of the Prague Philharmonia, those in attendance at Prague’s Rudolfinum were witness to a truly remarkable and inspired performance of this symbol of Czech music. The more chamber-like configuration lets the fine planes ring out in an unusually transparent sound, so that the water nymphs really are water nymphs… By contrast, the extreme drama of Šárka resounds with a surprising power. As evidenced by the rapturous response to the concert, the conductor certainly succeeded in achieving his goal – retelling My Country in a manner that would make the audience feel as though they were hearing it for the first time. 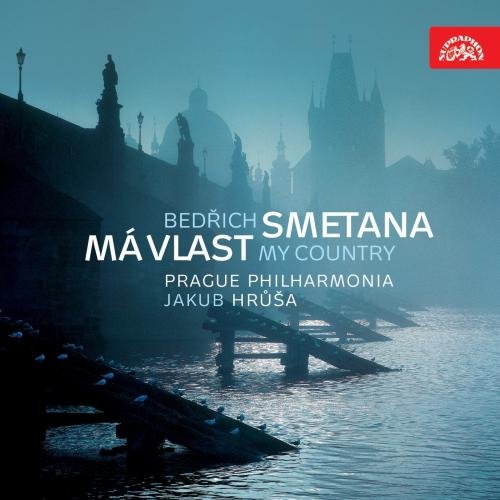 The trump card of this [performance], given at last year’s Prague Spring Festival, is its superlative but modest orchestral line-up, showing you don’t need big symphonic forces for the music’s non-stop inspiration to make its mark. Hrůša’s bombast-free conducting secures playing of poised grace besides vividness and panache

Gramophone
[Hrusa] shows a most impressive grasp of the work’s architecture…[He] has a fine sense of line and his players phrase most lyrically…sensitive, purposeful and obviously warm-hearted – all very welcome qualities in this music.

Hruša builds towards that climax intelligently, and his shaping is always utterly natural, while in both Vltava and From Bohemia’s Woods and Fields he…exploit[s] the transparency of the lighter body of strings to highlight much telling detail.

The Times
X
We use cookies to ensure that we give you the best experience on our website.Accept and continueRead more